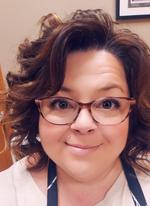 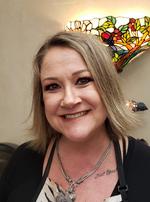 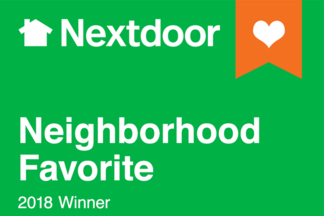 Deborah was born in Charlotte, North Carolina, raised in Anchorage, Alaska and moved to Whatcom County in 2000.  She began her career after graduating from Northern Lights Academy of Hair, while raising three wonderful sons, Saxton, Sterling, and Stetson, with her husband Bruce Shearer.  She has been in the beauty industry for 30+ years, and continues her education by attending hair shows in Seattle and workshops in the salon.  While living in Alaska she owned her own salon for 5 years before moving to Washington.  Shearer's Hair Design became her adventure as a salon owner in December of 2007.  Deborah specializes in multidimensional coloring, hair color analysis, color correction, perms, hair cutting, facial waxing, and eyebrow and lash tints.  She works late evenings to accommodate her working clients.  Her normal business days are Tuesday - Friday.  Deborah does work some occasional Mondays.

Holly was born and raised in Whatcom County.  She has been in the industry for over 20 years. She has a passion for hair design and loves to be behind the chair, when she isn't spending time with her family. She has two daughters and lives with her husband in Ferndale. She attended Bellingham Beauty School, and has been at Shearer's since 2009. Holly specializes in multi dimensional color, foils, haircuts, perms, formal hair and facial waxing. Holly offers a full time schedule with some evenings to accommodate all her clients,

Shasta was born in Bellingham and grew up in Maple Falls.  She has been in the hair industry since 1993 after going to Bellingham Beauty School. She spent 2 years at Great Clips, then 13 years with Regis Salon in Bellis Fair Mall. and has been with Shearer's Hair Design family since 2010.   Shasta specializes in haircuts, blowouts, dimensional colors and highlighting, and also offers facial waxing. In early 2021, she discontinued permanent waving services.  She uses Wella Professional color and mainly Kenra, Chi, and Loma styling products among others.  Shasta works Tuesday - Saturday late morning to late evening (mornings by appointment only).  She is also a mom to two teenagers with Autism Spectrum Disorder.

Dennis has been a stylist for 15+ years. He is originally from California, and has been in Bellingham for 15 years. Dennis loves doing haircolor, men and women's haircuts, and foils.  He is certified in keratin smoothing treatments, both Brazilian Blowouts and KeratinMAX.  Besides doing hair, he enjoys bowling, and golf.

Kristin is previously from Kansas City, Kansas and then Scottsdale, Arizona.  She's been doing hair in Bellingham for 24 years. She specializes in haircolor using the Matrix brand, haircuts, extensions, permanent waves, waxing, and formal updo styling. She believes in staying educated in the upcoming trends and styles to meet your hair needs, and mentoring new stylists. Her hours are Tuesday through Saturday, morning to evening. Kristin is married to a wonderful man and has 2 grown daughters.  In her off time she enjoys camping and spending quality time with friends and family, football, knitting and reading.